Home › Body of Christ › What God Saw in a Murderer

What God Saw in a Murderer 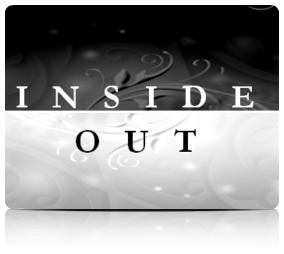 Man  looks at the outside and sees failure and weakness as God looks at the inside and sees wisdom and grace, justice and integrity, mercy and goodness, and a hope born in the Spirit of Christ. He sees the vulnerabilities and abilities of each and every one of us as His child.

Acts 9:26-27 When Saul came to Jerusalem, he tried to join the disciples, but they were all afraid of him, not believing that he really was a disciple. But Barnabas took him and brought him to the apostles. He told them how Saul on his journey had seen the Lord and that the Lord had spoken to him, and how in Damascus he had preached fearlessly in the name of Jesus.

There are endless possibilities in every believer and God knows the hidden talent in every one of us. Many times we think that we can predict and know what someone might be capable of in their lives but only God knows their full potential.

The Apostles were very skeptical of Saul (Paul) as He was professing to be a follower of Jesus Christ. He was the most unlikely subject to have become a convert as he was the main enemy of the early Christian church. It was Saul who led many early believers to death because of their faith in Christ including Stephen, the Bible’s first martyr.

When he first appeared the Disciples they were extremely apprehensive of him as Saul had been threatening openly to murder them and they knew as follower of Christ they were enemies of the state. When he suddenly appeared as professed to having been saved, they certainly doubted his conversion and suspected his motives. It was Barnabas that God used to open the eyes of the Disciples as he assumed the truth of his conversion became Saul’s help and advocate before man.

Many of us including myself are able to identify with Saul, as unlikely candidates to be recipients of the grace of the Lord Jesus Christ.  There were many that scoffed at my conversion especially when I came back to Christ after leaving the ministry in the 1980’s and falling away. I would find myself ridiculed and the object of much criticism from fellow Christians and ministers as I attempted to right my life some 15 years ago by re-dedicating my life to the Lord. I was the most improbable candidate for the Lord’s forgiveness and grace. But I am thankful for believers that could see the hand of God working in my life and realize that God saw potential in me, and that He was not finished with me yet.

There is a ministry that stands before every one of us as believers. If we can develop the mind of God as His spirit works in us and uses us to become effective within the world we can become powerful instruments used by God to change the world and other people’s lives. Maybe God can place you beside someone who others doubt, that needs a helping hand to develop their faith in Christ. Maybe you can be the one that God uses to believe in them when everyone else abandons them and loses faith in them.

God told Ananias that Saul was specifically chosen by God to be used as an instrument my name to the Gentiles and their kings and to the people of Israel. But the Disciples could not see it in him and they were very afraid and suspicious of him. Let God use you to be the one that God speaks to see His hand working in someone even when others can’t. Pray that He can use you as an instrument of His grace to become a pillar of encouragement and strength for another believer in need.

God does not see with human eyes and human intuition. For the most part man only sees what is without, but the Lord sees what inside each and every one of us; only the outward body is seen by man, but the inward abilities, spirit, qualifications and possibilities are seen by the Lord. The Lord looks at the heart and sees into the deepest most inner parts of our minds. He can see what others cannot. Only God can see the possibilities and potential in us. Man looks at the outside and sees failure and weakness as God looks at the inside and sees wisdom and grace, justice and integrity, mercy and goodness, and a hope born in the Spirit of Christ. He sees the vulnerabilities and abilities of each and every one of us as His child;  bound for the kingdom of glory, sealed with the Spirit of promise, and the evidence of His work of grace in our hearts by Christ Jesus.

There are many around us who profess to be Christians but perhaps they are weak in their faith, and struggling in their lives. Perhaps there is one who has been beat up spiritually by other believers or family members as they struggle in their faith. Pray for God to use you to become the one that God can use to see the potential in them and stand beside them as the redeemed of God. God turned Saul from a man who murdered early believers into one of the Bible’s greatest men and spiritual patriarchs in the history of the church. Let God use you to stand beside someone else and support them as God works in them. Never give up on fellow believers as you never know what God has planned for their life, but stand beside them in the strength of the faith and the power and blood of the Lord Jesus Christ.