Home › Creation › The Bible Records – Genesis 1:1 “The Beginning”–Jesus Was there

The Bible Records – Genesis 1:1 “The Beginning”–Jesus Was there 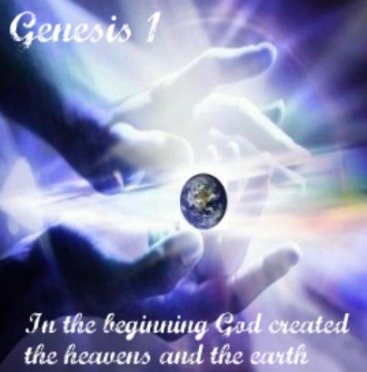 Genesis 1:1 “In the beginning God created the heavens and the earth.”

Here in the first verse of God’s Word we have the origin of all that we know. What power and greatness it took to create the heavens and the earth. As we stand here enjoying all that God has created, let us be reminded that the Son of God who is one with the Father was there in Genesis 1:1, at creation. The Word used here in the first verse for God is “Elohim”, which when translated means God in plural form, implying the Trinity.

John 1:14 The Word became flesh and made his dwelling among us. We have seen his glory, the glory of the one and only Son, who came from the Father, full of grace and truth.

Here John 1:3 confirms beyond the possibility of any doubt that all things were made by Christ. We read here that there is “no exception;” no not one single thing, however how small or unimportant which was not made by His hand. Here John confirms Christ was present there “in the beginning” in Genesis 1:1.

In the beginning, the earth was without form and void. There was only darkness, nothingness, confusion, and emptiness. But God made a new thing–He created the heavens and the earth.

Likewise, in the same manner, we are without form, void in our hearts as we are born into sin. There is darkness, nothingness, confusion and emptiness in our lives. But God did a new thing in Christ Jesus–the work of grace. In grace, we are a new creation–one that is born again.

The simple fact of creation as recorded in Genesis is something even the youngest of children understand better than many of the earth’s most educated men. When looking at salvation we need to have the same mindset. Jesus tells us in Matthew 18:3

“Truly I tell you, unless you change and become like little children, you will never enter the kingdom of heaven.