God Has a Sense of Humor – Bible Truth – Laughter from Heaven 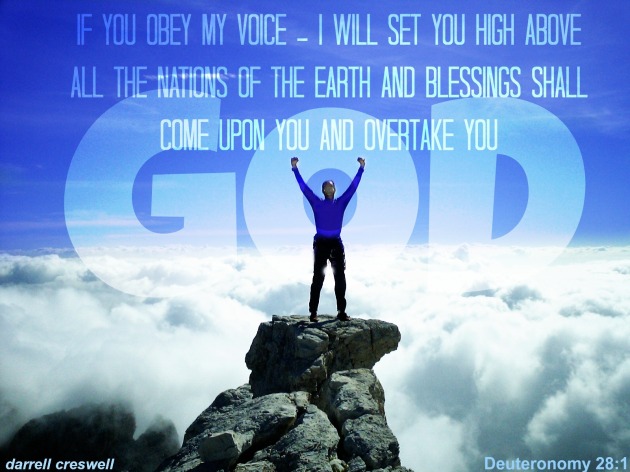 God definitely has a sense of humor. In the following story, we see God’s sense of humor is in full display. In the story we are reminded of what happens when we let our greed and arrogance guide our steps, instead them being directed by God.

The story can be found in the book of Numbers chapter 22. This story is about Balaam. It was said of him – those he blessed, stayed blessed; those he cursed, stayed cursed. He lived in an area which is now present day Iraq. Balak was the king the king of Moab with a serious problem. The Israelites were being led into their promised land by God. Israel was camped at their front door, ready to attack. Israel greatly outnumbered Moab and Balak knew they didn’t stand a chance against them.

Balak had heard of Balaam and requested his help. He sent messengers to Balaam asking him to come and curse Israel, so that he might have a chance to prevail against them. Balaam told the messengers that he would sleep on it. That night God came to Balaam in a dream and instructed him not to go with Balak’s messengers, because Israel was His chosen people. So Balaam told Balak’s messengers to go home. Balak then sent more messengers to Balaam offering him great amounts of money, if he would just come and curse the Israelites. The promise of great riches enticed Balaam, his greed surfaced and he prayed to God once again to see if God would change his mind. God had already spoken to Balaam and instructed him in the matter, so this prayer did nothing but make God angry. But, God told Balaam, sure go ahead. God sometimes lets us go ahead with our own folly, after He has already told us no, especially when greed is involved. So when morning came, Balaam left with Balak’s messengers. God being angry had decided to kill Balaam for his disobedience using an angel to carry out the death sentence.

Balaam gets up in the morning, saddles his donkey, and goes off with the messengers. An angel of God holding a sword appears in the road. Balaam cannot see the angel, but the donkey can, so the donkey swerves off the road into the ditch. Balaam beats and beats the donkey trying to get it to go back onto the road. But the donkey heads off in a dead run through a grape patch, with a narrow fence on both sides. The donkey again sees God’s angel blocking the way and runs into the fence, crushing Balaam’s foot against the fence. Balaam begins beating the donkey again. As God’s angel blocks this very narrow passageway, there was no getting through on the right or left. Fearing the angel, Balaam’s donkey sits down on the ground. Balaam becomes enraged and continues beating the donkey with his stick.

God then gives speech to the donkey. The donkey speaks to Balaam: “What have I ever done to you that you have beat me these three times?” Balaam answers, “Because you are playing games with me! If I had a sword I would have killed you by now”. The donkey answered back, “Am I not your trusty donkey on whom you’ve ridden for years right up until now? Have I ever done anything like this to you before? Have I?” Balaam answers, “No.” Then God opens Balaam eyes so he can see God’s angel brandishing a sword. Balaam then falls to the ground, his face in the dirt. God’s angel says to Balaam: “Why have you beaten your poor donkey these three times? The donkey saw me and turned away from me these three times. If it hadn’t, I would have killed you by this time, but not the donkey. I would have let the donkey go.” Balaam says to the angel, “I have sinned. I had no idea you were standing in the road blocking my way. If you don’t like what I’m doing, I’ll head back.” But God’s angel said to Balaam, “Go ahead and go with them. But only say what I tell you to say—absolutely no other word.”

Laughter from heaven – Like a heat seeking missile, God’s humor goes out seeking those of self-importance to pop their bubble. God’s humor shows no favorites; it delights in humiliating the proud and embarrassing the arrogant.

Here is the humor in this story –

God in his own sense of humor shows us that Balaam, the man who king Balak wishes to subdue the great army of Israel with his words, cannot even subdue his donkey with a stick.

The ridicule of Balaam by God using the donkey shows us the reality of his reputation in God’s eyes. It aims to show that Balaam, who was intent on going to the king of Moab without God’s consent, thinking he was wise, was a fool – a man outwitted even by his own donkey, a dumb beast.

So when you ask God about something, and His answer is no; do not let your own greed, pride, arrogance, or your own reputation go against what God has told you. Do not think yourself important in your own eyes, as our only wisdom comes from our Lord. But if you do, and your poodle, cat, or your canary starts talking to you, possibly straight from God’s mouth – you would do well to pay attention and repent. God has a sense of humor – don’t let the joke be on you.

Like Loading...
‹ Christ Changes Everything – Forget the Past – You Have a New Future
Your Destiny Is In Your Hand – Inspirational Bible Verses ›